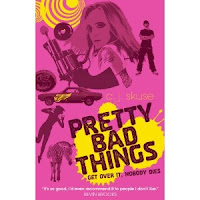 Posted by Ness Harbour at 16:50 No comments:

When I handed my MA dissertation I felt bereft but nothing prepared me for the way I would feel once the PhD process was over with. I am totally lost. Something that filled every waking minute for the last four years has gone and I have to say it is a very strange and horrible feeling. What do I do now? Part of the problem is I don't think I ever thought beyond the PhD. I am told that there is plenty to do, just got to work out what it is. Doing a PhD gives you a structure and a title -you are a research student - then when it is has finished both have gone.

In a couple of weeks the whole process comes to a very final end when I graduate, which will be an amazing experience. We get to wear the most wonderful gowns and we graduate in Winchester Cathedral which is truly spectacular. I will be surrounded by family and friends so it will be a fantastic day. But I have set myself a challenge I have got to get over this dreadful feeling of loss by then. There is so much to do out there, so I am told, even if things like not being able to travel are thrown in my way. I have rewrites to do to the PhD novel for a publisher who have expressed an interest. I have papers to write. But it is all very scary. I think I need a whole bucket full of courage. Fancy holding my hand ;-)

I should also say I haven't been totally wasting my time. I have been reading several books which I am going to post reviews on very soon. It is a novelty to read a book without having to think how it fits in with the PhD, so there are benefits. Keep an eye out for my reviews on Meg Rosoff's There is no dog, c.j.Skuse's Pretty Bad Things and Jandy Nelson's The Sky is Everywhere, for a start.

Don't get me wrong despite all the stress at times and the feeling of loss now I wouldn't change a thing. My PhD years were truly good years.