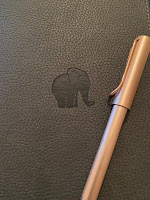 Only two posts ago I wrote about walking away from stories because they didn't feel right and giving it a rest for a while. I wasn't going to write. I was just going to focus on the edits to Safe when they came in. What a silly thing to state. I should have placed a bet on what happened next as I could have almost guaranteed it.

Within a few days, an idea for a story came to me in the middle of the night. It was so demanding it woke me up! And the idea wouldn't shut up as a basic plot began to form in my head. I couldn't go back to sleep until it was done. I had no idea if it had legs. I thought maybe if I still remembered it in the morning, it would be a go-er. I did, so I wrote down the basics the following morning. This was going against everything I had said I would do. See writers never do what they say they are going to do! My writing never goes to plan.

But I am having a wonderful time. I am playing with this new story idea. It is historical again. Before I start writing it though, I have to read myself into the period. What this means is I have to do some basic background research. I spend a couple of days reading what I can about the period and the place at the time. Reading around the general history, the country, the culture, and the people. Enough to give me a sense and a feel for the place. A brief immersive experience. The more detailed research will be done when I do the editing and I will add more colour - it is all about the writing cold/edit hot process. I wrote about it here.

It is important to limit this background research because it is easy to find yourself going down many a rabbit hole as things spark your interest. There is a risk you could spend so long doing research that you avoid writing or actually forget to write the book. It is great for procrastination.

However, when I am doing this research what I love the most is finding those small details. Nuggets of information that make my spine tingle. They are all very small minutiae, but I know when I use them to inspire my writing, or I include them in the narrative they will add depth to the writing and make it sing. Hopefully giving the writing a richness and a sense of verisimilitude. It is important that research despite adding richness is there with only a light touch.

This is because what I mustn’t do is overload my writing with too much detail and information in order to prove how much research I have done to the reader. Such a rookie mistake. All that does is make the writing inaccessible and boring for the reader. The quickest way to switch any reader, particularly a child reader off. It is all about leaving just enough hints on the page that help the reader paint a picture in their mind as they read, but not lecturing them or slapping them around the face with information.

The other thing I do a lot of when I am doing all this research is think. There is a lot of visualisation going on. It is once again all about the latent processing – I have written about this before too in the same place. As a writer, I see my story as a film in my head as I write and my process is all about getting those images from my brain on to the page. At the beginning of the story, as I start to create it, odd scenes appear in no particular order. They frequently give me a vague sense of the direction of the story as images from the beginning, middle and end appear. 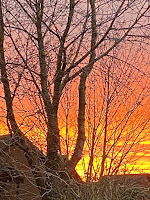 Having said that, I do remember a time when a man thought I hadn't done my research. They accused me of basing my representation of General Patton on the actor who had played him rather than the actual person. This really stung. I had spent days and days researching General Patton as he was key to my story. I had read his memoir, war correspondence, anything I could about him, but most importantly spent hours staring at photos of him. I didn't watch the film, watching films are a last resort for me when looking at real life characters. Unfortunately, I highlighted in my novel the one facial characteristic that both he and the actor, George.C Scott, who played him in the film had - a prounounced cleft in the chin! I knew I'd never convince this person otherwise. He'd made his mind up about my researching capabilities and my book, a children's book. There are times when it doesn't matter how much research you do, someone will find fault. Be warned.

I spoke about needing the 'feel' when writing and I am definitely getting that with this story. These little nuggets of information I am finding are helping to create a truly wonderful story in my head. The emotions are there already. I hope they stay. For the moment, I am enjoying the process. Writing is the best job in the world.