Thank you to Emma Greenwood for the kind invitation to take part in the Writing Process Blog Tour. I first met Emma through The Golden Egg Academy where I work with Imogen Cooper and other great editors. A second string to my bow alongside my work at the University of Winchester and my own writing and something I love doing.

Emma Greenwood is the green columnist Liberti magazine and a writer of YA fiction. Her short stories have been published by Mslexia and Cinnamon Press and she guests on a number of writing blogs. For her leg of the Writing Process Blog Tour she wrote a brilliant post on Method Writing and Stanislavski - check it out at http://www.emmajgreenwood.blogspot.co.uk/.

So here we go. I will answer the four questions and then pass the baton on to others:

1. What am I working on? I am currently working on a YA story loosely based on a true event from the end of the Second World War. This is a total departure from my normal writing. Apart from one MG soft fantasy (please don't google that phrase as I did you get some very strange images!) entitled The Book Protectors' Daughter all my novels have been gritty, realist YA dealing with sex, drugs and alcohol - but then that was the subject of my PhD after all.

I am also currently writing a book for Palgrave Macmillan entitled Writing Young Adult Fiction: Creative and Critical Approaches which should be published in 2015.

2. How does my work differ from others of its genre? Someone recently told me when I read the first chapter of the new novel.out at a public event that it is Sound of Music meets Black Beauty...now there's a strap line!There is grit, battles,  drama, a sprinkling of horse whispering, unavoidable death, a hint of romance with a dose of hope and new beginnings. I like to see my stories in terms of layers and texture meaning you can take away from the story what you want from it. It becomes your story not mine.

3. Why do I write what I do? Stories for me always grow from a nugget of an idea. It might come from a photograph - as I have explained in previous posts - a tale told to me or as in this instance, a true fact found when doing some random research. As I was reading about this incredible event a small idea for a story started to grow and grow. It was very different this time round as the story seemed to come to me almost fully formed because it had this element of truth to it. I should say I don't really say I only write a specific type of story. I write what inspires me. I think it is important to be open to different ideas. I hadn't thought about writing what is basically a historical novel but when I mentioned it to Imogen Cooper, who I work with on my novels as well as alongside at Golden Egg, she immediately fell in love with the story and asked me to drop everything and write it. So I did. It does combine two of my interests. My parents were both old enough to have been directly involved in the Second World War and had told me many a story plus horses have been a passion since I was a very small person. What a perfect combination to play with - some might say weird but that sums me up really.

4. How does my writing process work? Some people find my writing process strange,which is fine I can understand that and I am under no circumstances going to try and claim that the way I write is the 'right' way to do it. What I am telling you about is the way I have found that is right for me. I write cold and edit hot. I can hear many of you saying - yer what?

A lot of 'how to' write books assume people write with lots and lots of superfluous detail. Excess telling, a pile of adverbs and adjectives, paragraph after paragraph of detailed description of setting and/or character - all very 19th Century novelist-ish like - but then you have to go back in and edit it all out. Write hot - edit cold. See where I am coming from now?

I do not stop and revise and edit as I go along consequently the first draft is always written very fast.  I know many people do agonise over every paragraph, focusing on each chapter until it is perfect and only then moving on - I am not saying that is wrong - but I don't, I can't. I write the bare bones of the story down until it is complete and whole. I need to be able to see the foundations or perhaps structure is a better word. For me I imagine it looks like the outline of a drawing, the edges of a tapestry perhaps. As can be seen by the picture at the side here you can see the structure of the image. You have an idea of what it is. But there is no depth, there is no texture or layers. It is flat. And that is what I do when I am writing cold. I create the arc of my story and hints to the layers but that is all. This is what I mean about writing cold.

Once I have done that. I leave it be for a while - ideally several weeks - and then I go back and I start to edit hot. This is where I add in the colour, the texture, the layers. The light and shade needs to be poured in. I build the picture up from the foundations, filling in the structure so that the story is no longer just the bare bones instead it becomes fully formed. Incidents are built up to and the drama is teased out. Characters become fully formed and subplots strengthen and support the main plot. The story is no longer flat and the narrative begins to lift off the page (hopefully). Just like the photo the colour brings it to life. This can take several rewrites and edits. It is not a quick process. There is no fast fix. Neither is it an easy one. But it is the one that I find works for me.

I am a great believer that there is no right or wrong way to write. You can equip yourself with as many tools as possible to help you write. Learn the craft as best you can and then work out what works for you as a writer. Just because you don't work the same way as a book says or as another writer doesn't necessarily mean it is wrong if it is effective for you. Trust yourself. If however, you find yourself struggling time and time again maybe it is time to look at your writing processes and consider whether you need to find an alternative way.

With thanks to Nicky Schmidt for her photos and her ability to create the images I wanted - You are a star.

I'm handing on the Writing Process Blog Tour baton to other writers now. I picked three writers who I thought you would find interesting and have lots to say about writing. They will post their blogs on the 7th April. Be sure to check them out!

Nicky Schmidt: Born and raised in South Africa, Nicky Schmidt has worked as a scriptwriter, copywriter, brand and communications strategist, and marketing director. Although she still occasionally consults on marketing, communications and brand strategies, mostly she writes YA/New Adult fiction in the magical realism genre. When not being hijacked by characters and ideas, Nicky also writes freelance articles - mostly lifestye and travel for which she does her own photography. Her work has been published in several South African magazines and newspapers. As well as being a regular feature writer for Words and Pictures, Nicky also runs the SCBWI-BI YA E-Critique Group.
Nicky Lives in Cape Town with her husband and two rescue Golden Retrievers. Find out more about Nicky on her blog, Absolute Vanilla (http://absolutevanilla.blogspot.co.uk)

Jen Morgan is based in Cambridge and teaches creative writing to both adults and teenagers. She also works in the children's department of the fabulous Heffers Bookshop. Jen has an MA in Writing for Children from the University of Winchester and two small and highly opinionated children of her own. As long as there is teaching, children and literature in her life she is happy. Oh, and a bit of fitness too. Her blog is about her experiences of writing and running.
http://jendrakemorgan.wordpress.com/ 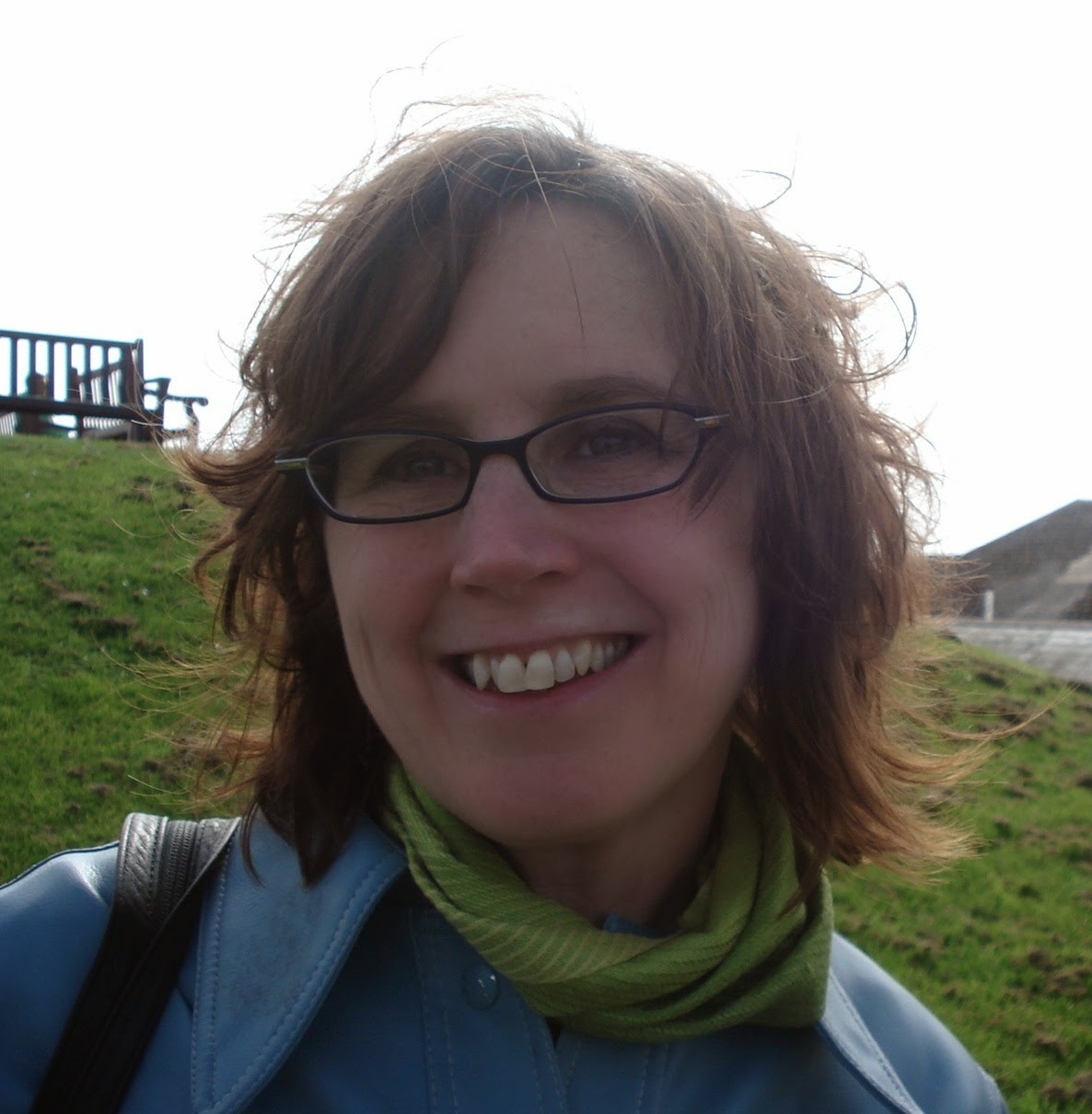 Carole Burns is editor of Off the Page: Writers Talk Beginning, Endings, and Everything in Between, published by Norton, and based on interviews with writers including Colm Toibin, Tobias Wolff, A.S.Byatt, Joanna Scott, Hannah Tinti, and Alice McDermott. Her book of short stories, The Missing Woman, will be published by Parthian booksin 2015. A regular freelancer for The Washington Post's Book World,she is Head of Creative Writing at the University of Southampton in England, and is working on a novel. Her blog can be found at  http://offthepagebook.blogspot.co.uk/

Today we are celebrating with the third years as they are about to go out into the big wild world. I have just spent some wonderful time with my own children and I had the chance to listen to a fabulous concert by Elbow while marking so I thought it would be a good end to this blog to share this song - One Day Like This.